What Is Normal And Standard For Firearms In Your Home: Preventing Police Raids

Rumors of excess guns in your home often draws the attention of the police and special government agencies. Lots of guns make people nervous, even though it is your right to have guns in your home if you choose. If you want to avoid suspicion and police invasion, it is a good idea to keep your firepower down to a minimum. Here are some firearms for sale at most gun shops and what you can keep in your home without anyone creating trouble for you:

A handgun is pretty standard. Most homeowners have at least a handgun to prevent tragedies from home invasions. Selecting a handgun is a little more difficult. Some have intense recoil, such as the gun "Dirty Harry" carried in the movies. Others have less recoil and are best for those that have never handled or shot a gun before. Ask the shop owner about guns that can wound and disarm an intruder effectively without knocking you on your buttocks.

A Rifle or Shotgun

A rifle, such as those used for hunting large game, are commonplace, too. If you have more than one rifle, try to keep the number down to three, since it makes sense that two adults in the home would go hunting together and possibly need a spare. Shotguns can be quite powerful, but very effective weapons of home defense. One shotgun is sufficient for your needs and will not draw a lot of unwanted attention.

It is a good idea to limit the number of weapons you own to just two or three. Five is the absolute number you should own if you do not want to be the target of a raid. Anything more than five guns, and people (including the police) will think you are either hoarding weapons for some nefarious purpose, or that you are a collector. There is a higher probability that people/police will think the former rather than the latter.

Regardless of the number of guns you have in your home, make sure you have a nice gun case or gun safe to store your guns. This prevents the guns from falling into the wrong hands (e.g., angry teenagers, intruders who grab your guns before you can, etc.). When not in use for defense, target practice or shooting, all guns need to be locked away. You can buy a case or safe when you buy your first gun 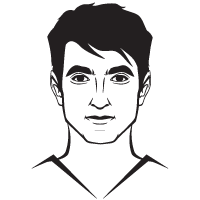 Although many people love getting outside and doing fun things together as a group, each recreational activity comes along with its own list of risks, which is why you have to know how to stay safe. I started focusing more on staying safe during outdoor events after I had kids, and I honestly feel like a few of those precautions have protected my kids from what could have been seriously dangerous events. Check out this website for great information on enjoying different recreational activities while staying safe and sound. You won't believe how much of a difference a few simple safety precautions can make.